A Libra’s Bipolar Views Of The 4th of July Celebration.

On the one hand, we should all be walking around each day with our arms raised heavenward in a state of ecstasy and adulation for the privilege of being alive in these United States of America. Of the estimated 108 billion modern humans who have lived on Earth, probably a tiny percentage have enjoyed the freedom and privileges of the average US citizen.

Whether the “Story of Eden” was real, mythical, or allegorical may remain enigmatic, what is not questionable, is that what separates man from other animals is his extraordinary capacity of free will. Furthermore, if the Eden Story represents the battle of good vs evil, there is ample evidence that the battle is not over.

From man’s earliest beginnings, ruthless tribal chiefs, kings, tzars, emperors, and dictators have ascended to assume positions of absolute power over weaker members of their societies and ruled with iron fists. Using increasingly powerful means of destruction they have slaughtered billions of people. It has been said that man is never more creative than when designing weapons of destruction.

On the other hand:

Although we may be living in unprecedented peace and freedom, our history is not without its ugly blemishes. Having escaped the tyranny of the British Crown, the fledgling US committed the massive atrocities of enslaving other “children of God,” from Africa and waging overt genocide by attempting to annihilate the 500 Native American Tribes. Although nearly every US high school US history book includes the horrific stories of Adolph Hitler destroying 7 million Jewish people in WWII, the equally horrendous history of “The Trail of Tears,” Smallpox infested blankets for land” and the systemic destruction of buffalo herds is ignored or reduced to a half-page titled: “Cowboys and Indians.”

Although there are countless wonderful stories of peace and love overcoming the evils of hatred, the battle of good vs evil was illuminated in Loren Eiseley’s “The Immense Journey“.

“We are now in a position to see the wonder and terror of the human predicament: man is totally dependent on society. Creature of dream, he has created an invisible world of ideas, beliefs, habits and customs which buttress him about and replace for him the precise instincts of the lower creatures. In this invisible universe he takes refuge, but just as instinct may fail an animal under some shift of environmental conditions, so man’s cultural beliefs may prove inadequate to meet a new situation, or, on an individual level, the confused mind may substitute, by some terrible alchemy, cruelty for love.”

The twisted mind of the killer of Dr. MLK is evidence of this tragic reality. However, to a lesser degree, many non-whites, women, various ethnic groups, and members of the LGBQT community are still not treated as equal partners in the “American Dream.”

If that dream is to be fulfilled it will have to be inclusive of all.

It is not likely that many Native Americans, homeless people, and displaced or forgotten minority members will have cause to celebrate the “4th Of July.

A beautiful epitaph of Dr. King’s, “I Have a Dream” speech might describe all children; “red and yellow; black and white,” laughing, talking and walking hand-in-hand, loving and celebrating their diversity and each other.

We hold these truths to be self-evident, that all men are created equal, that they are endowed by their Creator with certain unalienable Rights, that among these are Life, Liberty and the pursuit of Happiness.  – The Declaration of Independence.

Perhaps only a biologist could regard July 4, 1776 as the 3rd most important date in human biology; third only to the origin of life and the origin of mankind. It marks the date that a few brilliant (and courageous) men posted “The Declaration of Independence.” Although the document declared independence from the British Crown, it affected, and is still affecting human populations around the globe.What these men did was paradoxically brilliant and yet quite simplistic. They borrowed a concept from the book of Genesis and built a revolutionary, extraordinary system of governing people upon it.

The story involved the allegory of “The Garden of Eden” whereby God endowed Adam and Eve with the gift of free will. The “founding fathers” reasoned that if God granted every person free will, it would be sacrilegious for any person (including kings) to impose his physical, mental or spiritual will on another man. If their idea succeeded, the net result could be nothing less than universal freedom for all world citizens.

As a Nation, if we accept the fundamental truth of the Declaration of Independence, are we not morally obligated to contemplate the relationship of “The Creator” and the quality of life in the US? At the personal level, is there not an inherent benefit for us to cultivate that relationship?

Furthermore, if the underlying importance of establishing a “university” is to expose students to a “universal education,” should this education not explore (without prejudice) the dynamic of “Creator” and creation?

Our founding fathers were keenly aware of the importance of “separation of church and state,” however most of them were deeply spiritual men who regarded everything in the universe as being created by a Supreme Being.

There is, however, built into this mix, what can reasonably be considered the “The Great Human Irony.” Non-believers have taken their God-given-gift of free will and used it to deny the very creative process that allowed them the freedom to deny the source of the gift. It is absolutely stunning. Darwin himself was fully aware of the fact that his theory offered no clues as to the origin of life, the origin of human beings, human values, consciousness, free will and the whimsical appearance of mathematical, musical and artistic gifts.

Thomas Jefferson was well aware of the “Great Irony” and warned his colleagues that if any branch of the newly formed government were to cause it to fail, it would be the judicial branch because, in the end, the courts may not be able to distinguish one man’s free will from another. 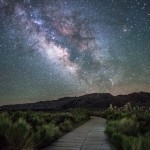 Thank you Kristal Leonard Photography,
We will proudly post your glorious photo on our Fb page and our website https://biodesignoutforawalk.com/

“Down how many roads among the stars must man propel himself in search of the final secret? The journey is difficult, immense, at times impossible, yet that will not deter some of us from attempting it. We cannot know that has happened in the past, or the reason for all of these events, any more than we can with surety discern what lies ahead. We have joined the caravan, you might say, at a certain time; but we in one lifetime see all that we would like to see or learn all that we hunger to know.”
“The Immense Journey,” by Loren Eiseley.

So, one of many mysteries is, why have 400 million North Americans been so richly blessed? In objectively cold terms, it seems unfair. While billions of people have to cope daily with poverty, starvation, oppression, the horrors of war, cruel dictators and the lack of economic and political freedom, many Americans struggle with obesity, overindulgence, substance abuse, conspicuous consumption and increasing spiritual apathy. Albert Schweitzer would probably say that a growing number are “naively unaware of the real challenges” of human existence.

On the other hand Albert Einstein opined:

“A hundred times every day I remind myself that my
inner and outer life depend on the labors of other
men, living and dead, and that I must exert myself in
order to give in the same measure as I have received
and am still receiving.”

Therefore, is the cup half full or half empty? Ironically, is it not due to our freedom of time and wealth that we can afford to even contemplate these mysteries?

In the spirit of Albert Einstein, I wish all of you a glorious 4th of July.