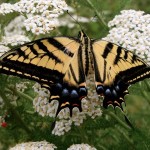 Never before in human history has there been such a wealth of knowledge that has allowed man to contemplate the great panoply of mysteries and miracles including: The origin of God—The Universe—Life and Human Spirituality. Anthropologists agree that the first, faint stirrings of human spirituality began about 100,000 years ago. Perhaps this is why anthropologist Loren Eiseley wrote in The Immense Journey:

Eiseley is tacitly describing the origin of human values, consciousness and free will and not so tacitly suggesting that modern men (including scientists) still have very little understanding of their origin.

He leaves us with two tantalizing mysteries.

Is it not logical to assume that, before the emergence of “consciousness,” our ancestors were totally controlled by instinctive behavior? The mere fact that millions of life forms have succeeded for approximately four billion years by instinctive behavior suggests that there was no need for consciousness or self-awareness. In other words, there was no need for modern man to evolve.

“We delight in the beauty of the butterfly, but rarely admit the changes it has gone through to achieve that beauty.”

If people are reluctant to acknowledge the changes every butterfly must go through, perhaps it is because they simply cannot fathom the billions of cellular/molecular modifications involved. They are not alone.

Just as anthropologists are at a loss to explain the symbolic (and spiritual) importance of the Eden story, trained entomologists are basically clueless about the controlling biochemical process of butterfly metamorphosis.

In simple terms, after the moth spins a cocoon or the butterfly secrets a chrysalis, the larvae  “dissolve” themselves into a cellular/molecular “soup.” All of the larval structures are dismantled and molecule-by-molecule reassembled into a moth or butterfly.

As a biological process this may be extraordinary, but it does not threaten us. However, when metamorphosis is used as a metaphor for spiritual growth, it can become absolutely terrifying and reason enough for us to not welcome the changes necessary to achieve a higher awareness.

It should not surprise us to note that the words metamorphosis and metaphor are similar. Metamorphosis= ‘transform, change shape,’ and metaphor= transfer the meaning of a word into a figure of speech.

In a classic Gospel story, Nicodemus understood the potential value of being spiritually reborn, but was understandably confused by the logistics. In a childlike manner he asked Jesus if he was supposed to reenter his mother’s womb in order to be reborn.

I find this fascinating because human childbirth just may be the closest example of metamorphosis, whereby each infant leaves a “marine ecosystem” and becomes an air-breathing land mammal. Little wonder it is called, “The Miracle of Life,” and why females all over the world (regardless of race, religion or ethnicity) may share an innate awareness of human spirituality.

Intriguingly, R.W. Emerson (1803), Henry Thoreau (1817), and John Muir (1838) were born within 35 years of each other. Following the lead of Plato and Immanuel Kant, they all became literary giants who championed the emergent spiritual philosophy of Human Transcendence. In an interesting paradox, transcendentalism proposes that in order to become fully human, people must “transcend” their physical and mental limitations in order to be “reborn.”

Either that, or perhaps taking a cue from Maya Angelou’s metaphorical butterflies and mustering up the courage to become “spiritual soup,” and embrace the changes that we must undergo to become more sensitive, enlightened beings. 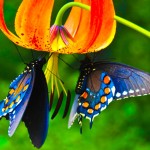 Maya Angelou is an American author and poet. She has published seven autobiographies, three books of essays, and several books of poetry, and is credited with a list of plays, movies, and television shows spanning more than fifty years. Wikipedia

“The man is a success who has lived well, laughed often, and loved much; who has gained the respect of intelligent men and the love of children; who has filled his niche and accomplished his task; who leaves the world better than he found it, whether by an improved poppy, a perfect poem, or a rescued soul; who never lacked appreciation of earth’s beauty or failed to express it; who looked for the best in others and gave the best he had.”

Stevenson’s vision of success was lofty and few people will achieve the level of symphonic resonance as perfectly as Maya Angelou. Words like charismatic, magnetic, indomitable-spirit, lover-of-life, and daughter-of –the-universe fail to describe the essence of her being. For her followers, I suspect that the overarching memory of her will be her smile. It was a smile born out of years of overcoming countless hardships and the challenges of being a woman of color.

In an age of fuzzy values, conspicuous consumption and self-serving narcissism, Angelou described the importance of  delaying self-gratification and embracing pain and suffering as a means to achieving higher levels of being.

I used several of her poems describing the ecstasy of Nature and the utter importance of appreciating our role in it.

“We delight in the beauty of the butterfly, but rarely admit the changes it has gone through to achieve that beauty.” – Maya Angelou.

Once, when I prefaced one of her poems with the line; “This poem is from a black, female poet,” a female student asked, “Why did you qualify her as such?” You did not preface Emerson’s poetry as from a white, male poet.” She asked a fair question, however, Emerson’s poetry did not emerge from a person who was white in a black-dominated society; who was a male in a female-dominated culture, and a male poet in a world of mostly female poets. All of this contributed to the extraordinary relevance of her achievements. The fact that she was sexually molested and brutally raped at eight years of age only emphasized the overwhelming odds that she had to overcome to become the great person that she became.

Angelou had every right to become a bitter, angry, aggressive, retaliatory feminist; instead she followed the model of other great spiritual leaders including Dr. Martin Luther King.

In a nation that is steeped in political demagoguery and wracked by ideological bitterness and disharmony, the loss of unifying voices like Maya Angelou will be sorely missed. It is hard not to believe that, sadly, she simply will never be replaced.