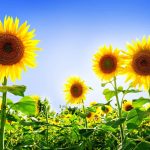 Although, as a little boy, I attended Sunday school at the little white church in Oakville, Ca., my spiritual search was low-key at best until I was 31 and Lettie asked her fateful question:

“Is memorizing all the parts of a fetal pig really important?”

She launched me on a journey that I have been on for over 45 years. This journey has taken me to thousands of wondrous physical, mental and spiritual places and exposed me to some of the greatest naturalists the world has known. One of those people was John Muir, who not only led me to Yosemite, but, coincidentally to the dawning of my spiritual awareness.

However, as a traditional biology teacher, I was intrigued, even a bit conflicted to learn that he kept a copy of The New Testament (plus the Psalms) with him on all of his meanderings. Although I never became a Biblical scholar, there were some puzzling passages that I reencountered over the years. Retrospectively, however, this should not have been surprising. During his trial for suspected heresy, the great scientist Galileo informed his accusers that the Bible contained many metaphors and parables that were often difficult for people to comprehend.

For me, one of those passages was:

The banquet is laid though nobody comes.

Evidently, not unlike Dianna (Biodesign Out For A Walk chap. 28, Amazing Faith) I lacked the spiritual awareness of what the phrase meant.

And then recently an amazing synchronicity occurred. A Fb friend was struggling with the woes of modern society and I wanted to cheer her up. She is a Nature lover and so I Googled: Photos: Celebrating the joys of Nature.

The attached YouTube video, by Dewitt Jones, popped up and not only explained the cryptic Bible passage to my often-balky left-brain, but presented another wonderful mystery.

I thought his name was familiar, but I could not recall why. Finally, it dawned on me that I had met him on Yosemite’s Ahwahnee Meadow, 39 years ago. Well, his body wasn’t there, but his spirit was in a book, John Muir’s America, which he coauthored with T.H. Watkins. Watkins did a superb job with the text and Jones added spectacular photos. The book became one of the cornerstones of the Biodesign Class.

However, the intriguing part is that I may not have ever discovered it were it not for the loving members of Biodesign ’79. They purchased the book and presented it to me on the meadow as a birthday/thank you gift. And now, 39 years later, through a miracle of “I-T,” Jones reentered my life and completed the magnificent circle that he helped initiate.

I used to suggest to students that Biodesign was like a wonderful smorgasbord of concepts and ideas. I also assured them that, although some of the ideas may involve human spirituality, I was a biology teacher and not a guru; ergo they were free to agree with or disagree with all physical, mental or spiritual topics. I did caution them that some of the ideas (even John Muir’s) could be challenging, even provocative.

Then along came Dewitt Jones, citing the Bible, suggesting that, for all those many years, we were actually at a spiritual BANQUET and not merely a smorgasbord. The suddenly illuminated passage became perfectly clear.

The countless visual images and emotion-filled moments offered at Yosemite, Grand Canyon and the Mendocino Coast, provided a spiritual banquet which offered food for our souls, far more nourishing than the finest caviar, escargot and champagne. With food like this, it is little wonder that Muir was content to throw a couple pounds of dried bread balls (and some tea bags) into a pillowcase, grab a single wool blanket and vanish into his beloved mountain-wilderness for a month.

I have remained in contact with a few members of Bio ’79. One of them is Lori Evensen, who could not have known that she would be partially responsible for this blog. 39 years ago, all of the students signed the Jones/Watkins book and she signed it:

I hope your birthday will be as beautiful as Yosemite. (Be sure to read pg. 57, a great description of life). Thank you for being you.