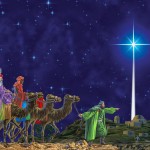 “WE have seen the highest circle of spiraling powers. We have named this circle God. We might have given it any other name we wished: Abyss, Mystery, Absolute Darkness, Absolute Light, Matter, Spirit, Ultimate Hope, Ultimate Despair, Silence. But we have named it God because only this name, for primordial reasons, can stir our hearts profoundly. And this deeply felt emotion is indispensable if we are to touch, body with body, the dread essence beyond logic.” –  Nikos Kazantzakis

Kazantzakis was a Greek writer/philosopher who gained fame by writing, Zorba The Greek. However, nothing he wrote would compare with the fame, notoriety and condemnation that he experienced after writing, The Last Temptation of Christ, which was also made into a movie.

“The figure of Jesus was ever-present in his thoughts, from his youth to his last years. The Christ of The Last Temptation of Christ shares Kazantzakis’ anguished metaphysical and existential concerns, seeking answers to haunting questions and often torn between his sense of duty and mission, on one side, and his own human needs to enjoy life, to love and to be loved, and to have a family.”

The Catholic Church, perhaps understandably, reacted in horror and imposed a liturgical sanction banning all Catholics from seeing the movie. I am not Catholic and can only guess that the thought of Christ being fully human, to the extent of experiencing normal male sensuality, was deemed blasphemous or too disturbing to tolerate. I am not a theologian, however, it seems to me that if Christ were “fully human,” Kazantzakis would be vindicated and the story of Jesus would be more compelling.

This brings us back to the tension of the “dread essence beyond logic.”

All of these events involved bewildering moments when logic was absolutely useless.

Nearly 40 years ago, a very curious “Indian Boy” joined the Biodesign Class and began exploring his sense of spirituality. The similarities between The “Great Spirit” of Native Americans and the white man’s God seemed compatible. However, in a rebellious pique, he shook his fist at the heavens and shouted, “The Christian Trinity is not logical.” It may have been the most courageous and profound statement of his young life. Part of his journey is described in, Biodesign Out For A Walk, chapter 29, Wayne, and it was definitely not logical.

It took me all these years to see Wayne’s story as a modern Christmas story.

There was little logic involved when three Magi traveled from different parts of the Middle East, following a star to Bethlehem.  Some accounts suggest that their arduous journey took two years and involved traveling on camelback over challenging desert terrain. Their gifts of gold, frankincense and myrrh, offered to the Christ-child, marked the first Christmas celebration on Earth.

2014 years later, whether in St. Luke’s description of an announcement from an angel or Linus instructing Charlie Brown on the meaning of Christmas, the message survives:

“Glory to God in the highest, and on earth peace, good will toward men.”