Music was one of the greatest spiritual components of the Biodesign Class. Voltaire suggested; “Music is a pathway to the heart” and after living with the Native people of New Guinea, Alfred Wallace concluded that music was a part of their soul.

Whether I had a collective subconscious relationship with John Denver (or not) will remain a mystery. What is not a mystery, however, is that his song “Country Roads” became a huge hit shortly before the Biodesign Class was born. He died in a tragic plane crash, two days before my birthday and four months after Biodesign was terminated. My wife shared his birthday.

More importantly, Country Roads became a theme song for the Biodesign Class. It was clearly the favorite song to be sung around the evening campfires. The combination of the catchy melody and nostalgic lyrics; “Take me home, country roads, to the place, I belong…” never failed to move or transcend curious young minds.

I doubt that very few people would describe New York City, Boston or Chicago as, “almost heaven.” The noise, pollution, crime—grime and gaudiness are more often antithetic to the natural peace and tranquility that is common in country living.

Following Henry Thoreau, the BIodesisgn students “went to the woods to live deliberately” and hopefully discover what John Muir meant; “In God’s wildness lies the hope of the world—the great fresh, unblighted, unredeemed wilderness. The galling harness of civilization drops off and the wounds heal ere we are aware.”

Each time we sang “Country Roads” around a campfire I could see the “the galling harness of civilization” dropping off of the students as their spirits rose with Yosemite mountains, soared over Grand Canyon or joyfully surfed the waves onto Mendocino Beaches.

Mike Sutton’s creative video-medley reveals that no other genre of music has drawn together such a diverse and talented group of musicians who triumphantly express their zest for life through music. It is as if “Country Roads” has brought them all together for a huge, glorious Thanksgiving celebration. 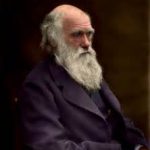 It is a rare human being (especially male) who is not vexed by being shown that his logic is faulty. Charles Darwin did not belong to that group and reportedly became furious when Alfred Wallace pointed out that his Theory of Evolution did not explain the origin of exceptional human talents involving music, mathematics and creative arts.

Over 150 years after Darwin’s, “On the Origin of Species” was published scientists reluctantly concede that the origin of Wallace’s triad is still completely enigmatic.

Like Darwin and Wallace, they understand that the three extraordinary talents are not genetically transferred or controlled by instinct and cannot be predicted. Therefore, intellectually honest scientists are obligated to regard these talents as “gifts,” thereby allowing that they must come from beyond the recipients. For devout scientists, this realization can be quite disturbing and require acquiescing to the real probability that, if “gifts” are involved, there must be a “giver.”

Serious “birders,” meticulously maintain a “life list” that records every species of bird they have observed first hand. Likewise, serious “seekers” maintain a spiritual list of wisdom, stories, and events that point to the existence of the “intelligent design” of the universe. This lofty approach of striving for greater spiritual awareness was reflected in the 1954 Audubon Society statement of their philosophy, which began with:

“We believe in the wisdom of nature’s design.” 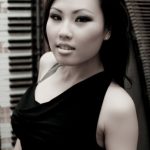 All of these thoughts gushed forth as I watched Sunny Choi perform a beautiful interpretation of John Denver’s, “Annie’s Song.” Choi is not only a highly gifted musician; she is capable of using a piano as an extension of her body, mind and soul. And if her recital were not enough, to further showcase her gift, about half way through the performance she closed her eyes and silently commanded her fingers to find the notes “in the dark.”

Although it is highly unlikely that 99.9% of the world population will ever be able to do what Choi can do, her gift is not unprecedented.

Wolfgang Mozart lived only 35 years, but demonstrated a level of musical genius that many musicologists regard as “superhuman” and predict will not likely ever be equaled. Although his lifespan was only half of the average of 70 years, he composed an estimated 600 works of music. His music has been featured in over 300 movies. He composed 50 symphonies, 25 piano concertos, 12 violin concertos, 27 concerto arias, 26 string quartet opuses, 103 minuets, 15 masses, and 21 opera works. Some of his most famous operas include “Don Giovanni”, “Magic Flute”, “The Marriage of Figaro”, and “Eine Kleine Nachtmusik or (a little night music)”. 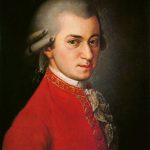 “There is a story that Mozart once said, ‘when the angels sing for God, they sing Bach; but when they sing for themselves, they sing Mozart’”. (Googlesearch.com). There are also reports that some of his works were “note-perfect” on the first draft, which meant that not a single note had to be changed.

Like Mozart, Charles Darwin was spiritually gifted and at the tender age of 19 began to see that the Genesis story of Creation must be allegorical and more profound than man had guessed. He eventually arrived at the conclusion that Creation and evolution must be the result of cybernetic interaction. Evidence of this can be found in, “The Autobiography of Charles Darwin:”

“Another source of conviction in the existence of God, connected with reason and not feelings, impresses me as having more weight. This follows from the extreme difficulty or rather impossibility of conceiving this immense and wonderful universe, including man with his capacity for looking backwards and far into futurity, as the result of blind chance or necessity. When thus reflecting I feel compelled to look to a First Cause having an intelligent mind in some degree analogous to that of man; and I deserve to be called a Theist”

Although I don’t recall him citing Wallace’s triad, he did accept his failure to explain human evolution, which includes the wonderfully mysterious origin of musical, mathematical and artistic gifts. 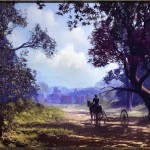