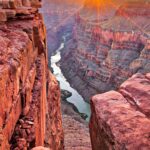 “The Canyon is even more wonderful in color and atmosphere than in rock strata and countersunk River. It is not the eighth wonder of the world, but the first.” – John Van Dyke: Author, The Grand Canyon Of The Colorado

Thirty St. Helena High School Biodesign students shivered on a brisk February morning outside the Cantina at Grand Canyon’s Phantom Ranch. The sun had not risen above the South Rim of The Canyon and the sky was a perfect cobalt blue. The rarefied air converged with the desert elements and made it a great day to be alive.

The ethos of the group was a mélange of optimism, excitement and a bit of trepidation. After all, they were about to embark on what would likely be the greatest hike they would ever attempt. The 10-mile length was not unusually excessive, but the 4,500’ vertical gain challenges most seasoned hikers. I suspected that in the back of every hiker’s mind lurked the fear of not being able to make it out and have to be rescued by a mule. Even some of the chaperones seemed anxious about the hike. I had the benefit of 12 previous hikes and concluded that, ideally, a person should hike Grand Canyon twice; once to prove that it can be done and the second time to savor the mystery and wonders it offers. 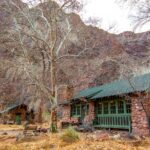 Typically, I acted as “trail sweep” so as I strolled down to Bright Angel trailhead, I was surprised to see Sasha (exchange student from Croatia). He was smiling broadly and asked if I were up for the hike.

As we chatted along the trail, the difficult climb up Pipe Creek Canyon, seemed to breeze by. He looked up 1,000’ to the overlook at Plateau Point and asked if we would be going there. I replied that the overlook was on a side-branch trail that would add three miles to our demanding hike and I did not think we should risk it.

We eased up to Indian Gardens about an hour earlier than my normal schedule. Noting this, Sasha asked one more time if we could go out to “The Point.” I shrugged, grinned and said, “OK, let’s go for it.” 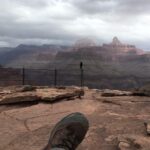 Fifteen minutes later we arrived at Plateau Point. Standing on the brink of the 1300’ inner gorge was breathtaking. The once-raging Colorado River, now lazed quietly along below us. However, after a few minutes Sasha did something very strange. He raised his arms heavenward and boldly exclaimed, “I want to see a storm!” I doubted that he had any Messianic powers, but I sidled a few feet away just in case. On our way out I noticed the clouds moving in, but with an average annual rainfall of <4”, I had no worries. Suddenly, however, the wind stiffened and began to blow; the sky darkened around us and it began to rain huge drops. This lasted several minutes and then, IT HAPPENED! The light around us turned brilliantly gold. I looked at Sasha and his face and body were gold. I held out my hand and it was gold. We were somehow engulfed in an otherworldly event. Then, in about the same amount of time the storm began, it subsided. The golden light vanished, the clouds scudded away and the sun shone brightly in a beautiful azure sky. Neither one of us knew what happened, but intuitively understood that miracles (by definition) are beyond human comprehension and render words useless.

As we trudged back to Bright Angel Trail, I recalled St. Paul’s mystical encounter on the road to Damascus and offered a silent prayer of thanksgiving. The experience put some pep in my step and the 3,000’ foot ascent up the outer gorge seemed easier than previous years.

We arrived at the South Rim about 2-3 hours after the first hikers topped out. My loving wife was there to greet us and the first thing she said was, “Did you find a pot of gold at the end of the rainbow”?  Both Sasha and I reflected bewilderment. Seeing our confusion, she continued. “When two ant-like creatures inched out to Plateau Point, I was pretty sure it was you two. Shortly after you got there a storm began to brew. The wind picked up, it got dark and gloomy and it began to rain. And then suddenly, a beautiful rainbow arched over The Canyon and one end seemed to be right over you guys.” Both of our faces effused euphoria, but we were still in a state of wordless shock. 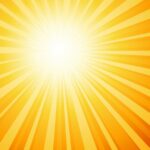 And then I recalled one of my favorite Grand Canyon legends. Evidently two Caucasian cowboys were the first white people to discover Grand Canyon. They were rounding up some stray cows when they chanced upon the Canyon Rim. They sat in their saddles, spellbound for a while, before one of them muttered,

Sasha nodded in approval and we tacitly agreed that those three words were perfect for our miracle: “Something happened there!”