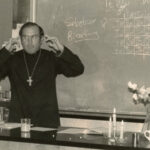 One of my favorite days of the year was the day Gregor Mendel came to Class as a guest lecturer. He did much of his work on sweet pea plants, but the basic principles apply to most plants and animals.  Usually, he worked in solitude in a monastery with no one understanding what he was doing. 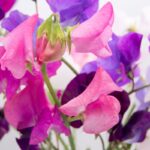 Interestingly, he decided not to publish his results and after he died his exhaustive notes and journals were stored in the attic of the monastery. 50 years later, a newly appointed Abbot directed a major spring-cleaning operation. A bon fire was built to incinerate the unwanted clutter. 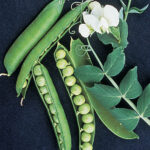 Thankfully, just before Mendel’s work was about to be tossed on the fire, the Abbot decided to look into the folders. He didn’t understand what Mendel had done, but packed up all the files and sent them to the local university. The biology professors were shocked and elated with his discoveries, which later earned him the title of: “Father of genetics.”

In a funny coincidence, the term “selective breeding” (shown on the chalk board) relates to the placard on the bookshelf.

Getting anything done around here is like mating elephants. There is a lot of pushing and shoving and loud trumpeting and 18 months later the results are revealed.

The reality of the elephants became a metaphor for each year of Biodesign sans reproduction. LOL As we explored the interrelatedness of Nature and human spirituality, there was often a lot of mental pushing and shoving and loud trumpeting. All metaphors break down and typically, the results were not magically evident at nine months, but would take a lifetime to be revealed.