Eiseley, who has been described as one of the great science/spirituality writers and along with many honors, was awarded the Pierre Lecomte du Noüy award to writers who described the overarching themes uniting science and religion. 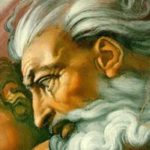 When he wrote; “The story of Eden is a greater allegory than man has ever guessed,” he was aware that secular scientists were using their God-given gift of free will to devise theories and models that supposedly proved that God did not exist.

Like the eminent naturalist, Louis Agassiz, he was not convinced that Darwin had answers for any of the “big” questions in biology: The origin of the Universe; the origin of living things; the Precambrian explosion; the origin and rapid dispersal of the angiosperms, the rapid increase of the human neocortex; the origin of human “values—consciousness—free-will;” the origin of non-genetically transferred “gifts” of music—art and logical/mathematical genius.

70 years later, physicist Alan Lightman published, Searching the Stars on an Island in Maine. While the book may be a personal “tour de force” of his academic brilliance, as a self-described “humanist,” he confesses that science cannot prove or disprove the existence of God. To his credit, he questions his own credibility and that of other secular scientists who have eschewed Newton’s laws of conservation of matter/energy, the very laws that hold the universe together. Collectively they boldly proclaim that “The Big Bang Theory” is the Alpha and Omega solution to the Universe, without describing what the Universe was at T minus 1, or how a universe could exist before time was created. Lightman is not alone. There is a legend that on his deathbed, Einstein smiled and said, “But I still wonder how nothing can become something.”

Evidently Lightman was inspired by a transcending experience; “looking up at the stars off the coast of Maine.” He also shared a goose bump-inducing account by clergyman William James: “I stood alone with Him who made me, and all the beauty of the world and love, and sorrow, and even temptation. I did not seek Him, but felt the perfect union of my spirit with His…”(Varieties of Religious Experience).

Surely he knows that neither of those accounts can be explained by Darwinism and the great naturalists John Muir, R-W Emerson and Henry Thoreau described them as transcendental events that are essential components of being fully human—fully alive.

Lightman touches briefly on human ego, but in the debate of science vs religion the issue is of paramount importance. It is intriguing to wonder if he is familiar with the acronym “EGO” (edging God out) that is frequently used by people of faith. One of the extreme examples of “EGO” can be found in Stephen Hawking’s book, The Grand Design. Hawking has risen to a Greek-god-like status in academic circles and I suspect that his book has replaced the Holy Bible on the bookshelves of many secular scientists. He boasts that believing in God is obsolete because the universe is so complex that it made itself out of nothing. To many people of faith this represents the highest form of ego/narcissism by inferring that he is smarter than God.

When I share his theory with non-scientists their responses range from shock, disbelief, derision and even laughter. One of my “cowboy” friends scoffed and asked, “Do intelligent people really believe that “b s”?” 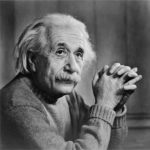 “The scientists’ religious feeling takes the form of a rapturous amazement at the harmony of natural law, which reveals an intelligence of such superiority that, compared with it, all the systematic thinking and acting of human beings is an utterly insignificant reflection.”

Lightman suggested that most cosmologists are atheists and I can envision a group of them on a starry night, shaking their fists upward and chanting, “There is no God!” and toasting each other with a glass of Napa Valley Cabernet.

It is intriguing that he does not entirely share Hawking’s unbelief, but seems to admire people of faith and the huge contributions they have made to civilization. In a hauntingly transparent passage he wrote:

“But nonbelievers have a great deal of difficulty. It may be that quantum physics can produce a universe from nothing, without cause, but such an accidental and unanalyzable origin for EVERYTHING seems deeply unsatisfying, at least to this pilgrim. [A person who journeys to a sacred place for religious reasons]. In the absence of God, we still want causes and reasons… I respect the notions of God and other divine beings. However, I insist on one thing. I insist that any statements made by such beings and their prophets about the material world, including statements recorded in the sacred books, must be subject to the experimental testing of science.”

One of his saddest confessions is; “I will admit that incoming stimuli are not forming patterns to my personal satisfaction.”

Perhaps, instead of searching for God in the ivory towers of Babel, Lightman might consider embracing King David’s profoundly penitential Psalm 51 (Hebrew Bible). Or contemplate the wisdom of Albert Einstein, one of the great scientist/humanitarian/spiritual writers in human history.

In a splendid irony, Lightman may have become an unwitting advocate of Genesis 1:27; “So God created man in his own image.”