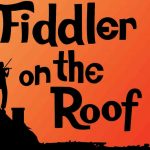 Thank you Patti Coyle and Craig Bond and all the Fantastic Fiddlers.

A legendary cowboy moseyed up to the edge of Grand Canyon, peered into the one-mile-deep chasm and said:

“Something happened here.”
The same can be said about The Fiddler On The Roof performance last Saturday night at The St. Helena Performing Arts Center. Something mystical and equally unexplainable happened!

While basking in the afterglow of the performance, the descriptors soul stirring, magnificent and transformative came to mind. However, they soon yielded to a more quintessential word, perfection. Perfection is not a word that is often used because of our penchant to find flaws in everything we experience. But perfection is what it was. When I consider the thousands of things that could have gone wrong but didn’t, I am convinced that you collectively conjured up a miracle—a miracle! ;o)

And while there may have been a dropped line or two, small blocking missteps, an off note (I didn’t see them) there was some mystical spirit that swept us away to the little village of Anatevka where any blemishes disappeared.

I suspect that the secret of your success may have turned on the word “enthusiasm.” It originates from the Greek language, “spirit-filled.” Combined with the students child-like sense of innocence and compassion, they evinced the overarching qualities of faith, hope and love.

This was not soulless “cookbook acting!” These kids were invested in the story and it was clearly evident by how they interacted with each other and the audience. They looked so healthy and excited to be alive, in the moment.

I taught biology at SHHS for 30 years and in 1979 I had the honor/pleasure of watching Godspell produced by the gifted team of Tom Martin (drama) Marjorie Smith (choreography) and Craig Bond (choral director). Together, they produced a musical the likes of which St. Helena had never seen. My wife and I have attended many of the productions since the Godspell bar was set so high and before Saturday night we wondered if it would ever be equaled. In our opinion, by harmoniously working together, you have added the perfect bookend to that performance. It may have been due to the spiritual theme of both narratives, but each touched audiences at a deeply emotional, perhaps even spiritual level.

We were struck by the simplicity, yet complexity of the set designs and stage logistics. During set changes, you wisely left the curtain open (yet darkened) as if to invite us to watch the magic of creating the scenes that would entrance us. In addition to superb acting and brilliant choreography, the orchestra and lighting were marvelously complementary.

I am sure that if you asked Tevye about the origin of human beings he would say, “The Good book says that women and men are made in the image of God.” I haven’t met Patti, but I suspect that both she and Craig would blush at the thought, however, I’ll bet many of the Fiddler troupe will understand, up-close and-personal, just exactly what that means. They are still young, but when they grow older (and wiser) they may better appreciate the fact that they have been supremely blessed to be guided by geniuses in the dramatic and musical arts. I can imagine that, during the long rehearsal hours, they both pondered Tevye’s words:

What words of wisdom can I give them,
How can I help to ease their way?

During the process, in typical Jewish tradition, they both have given the cast and stage crew spiritual candles to help them find their way. I hope these young adults discover that the best way to return the favor is to light as many candles as they can and become his/her own “Fiddler On The Roof.”