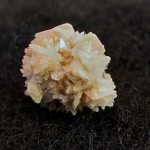 “To me, every hour of the day and night is an unspeakably perfect miracle.” – Walt Whitman

Yesterday was a multi-miracle day. Waking up in the morning and going to sleep last evening were both mysterious miracles. Throughout the day I experienced many mini-miracles, in fact, if Walt Whitman is correct, there were too many to count. However, there were two that were extraordinary and stood above all the rest.

The second one involved a bad habit I have of creating kidney stones. My particular kind of rocks are composed of calcium oxalate which for unknown reasons forms in my kidneys. The stones increase in size until they erupt out of the kidney and into either the right or left ureter. Once in the ureter, they migrate down to the urinary bladder and eventually are passed from the body. The process of erupting and migrating down the ureter typically causes excruciating pain that is often described as going through childbirth without anesthesia. And this how the second miracle occurred. Medical technology has discovered a process known as “extracorporeal shock wave lithotripsy (ESWL) “extracorporeal” means outside the body. This is done by a machine that generates shock waves that can be directed at the stones, blasting them into sand (or at least smaller fragments). If done successfully, the sand and fragments pass easily and almost painlessly out of the body. Lithotripsy has become highly successful and has replaced nearly all of the need for invasive surgery. I was in the O R at 8:30 AM and home resting at 11:00 AM.

But the first miracle was far more mysterious and dramatic. After I was prepped for surgery, I was transported into the O R. My anesthesiologist inserted a needle into the IV patch on my arm and said, “I am going to give you something that will make you sleep.” I was out like a light and had no idea of what else he said or did. The next thing I became aware of was the clock on the recovery room wall that indicated that I had been “out” for 1.5 hours. This raised some wonderful questions and reflections. I slowly realized that my“consciousness, values and free will” had all ceased for 1.5 hours. I saw no pink elephants or psychedelic visions. If the medical staff had a monitor for “V”-“C”-“F W” it would have been flat-lined at zero. I was dead to the world.

It wasn’t good or bad, I was simply in a state of infinite nothingness. If something traumatic had occurred and I died physically, I would never have known about it. And then, as my consciousness, values and free will returned, I had an epiphany moment. I realized that I had the freedom to choose what to believe. I could believe, that after my death, I would disappear into infinite nothingness. Or I could choose to believe in the endless possibilities of infinite somethingness. It was funny (and perhaps drug-influenced) but I decided that the choice did not necessarily involve faith, hope, a “tunnel of light” or even a Supreme Being. Actually, the choice was not that difficult because I can not comprehend infinite nothingness, but, looking at the stars at night I can comprehend the idea of infinite somethingness.

In Robert Capon’s book, “Hunting The Divine Fox” he wrote: “Theology, therefore is fun. The inveterate temptation to make something earnest out of it must be steadfastly resisted. We were told quite plainly that unless we became as little children, we could not enter the kingdom of heaven, and nowhere more than in theology do we need to take the message to heart.

”Taking his cue; It just may be that what we call life on Earth is nothing more than a biology project, conducted by a “high school” student, from a far-away galaxy, with an IQ of several millions times greater than that of Albert Einstein.