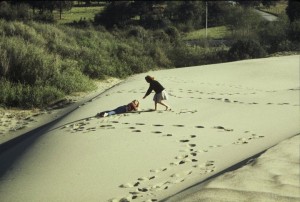 From the Cathedral of Yosemite to the St. Helena Catholic Church

Shakespeare described a prayer as a thought that starts in the heart and passes through the mind on its way to heaven. I suspect that most storytellers are familiar with steps number one and two, however, after each story is recorded, it typically takes on a life of its own.

When I recently completed, “An Evening at the Ahwahnee,” I had no idea of its destiny. It did, however, occur to me that Christine’s mother might appreciate a “love story” about her long-deceased husband and their only daughter. I mailed a copy to her Mom, only to find out that she was suffering the final stage of pancreatic cancer. The news devastated Christie and me, not only because of our love for Christine, but we frequently saw her Mom riding her vintage bicycle on the road where we take our daily walk. The next few days we were sorry that we would no longer see her. The country road is a favorite for walkers, joggers and bicyclists, because it is tree-lined, quiet and, due to its dead end, has little traffic. Because it is so quiet, it was not surprising to hear joggers pat-patting the pavement behind us as they prepared to pass. However, about a week after I sent “Christine’s Story” to her Mom, the jogger who passed us was nothing but extraordinary. As she passed, she glanced over her shoulder to exchange a smile and hello. Then suddenly, she froze in mid-stride, her eyes widened and she blurted out, “Oh, my, gosh! My mom died yesterday and when I started my run I thought it would be wonderful if I were to meet you two! The three of us were in a momentary fog of disbelief. There was too information to process. Finally, we hugged, wept and she announced that her Mom’s funeral would be the coming Saturday and she hoped that we would attend.

The funeral was a traditional Catholic Mass, with liturgy and music that resonated deeply within our souls. After Communion, the final speaker was scheduled to deliver the eulogy. Christine approached the podium to do the honors. She paused briefly, took a deep breath, and my mind flashed back to the evening at the Ahwahnee Hotel. However, before I had time to panic, she began with a sense of confidence, even serenity. By weaving a beautiful tapestry of her Mom’s life, she was able to channel her deep love and compassion and touch every person in the church. When she was done, Christie and I sat in tears as the angel, who played the piano in the Ahwahnee, once again unveiled a persona that is not common on Earth.

After the burial, we gathered at her Mom’s home for a “celebration of passing.” Christine approached Christie and me and was laughing and crying at the same time. Her eyes were teary, but sparkling, as she exclaimed, “Did you notice? I nearly had another “Ahwahnee moment?” but I was able to dig deep and deliver the tribute to Mom. Just like on the country road, we hugged and wept.

Christine’s older brother Bill was also understandably at the celebration. As I approached him, I was wearing a straw hat and sun glasses. I was tickled that he did not recognize me. After the funny recognition, we embraced in a traditional Biodesign hug. I mentioned that his class (’79) was the class that taught me how to love students and thereby build a foundation for 18 more years of exciting collaborative learning. He was shocked, and seemed to doubt my words, until I gave him a few highlights. Having felt what I was saying, his eyes misted and he said, “That’s an amazing story. 34 years after I graduated, the circle of love has come back to me.”

Earlier, after the church service, Christine directed her “BFF” (best friend for life) over to Christie and me. We were glad to reconnect with Nanette and regaled in a few memories.

In a follow-up e-mail, she mentioned that, although she was not a “straight A” student, she learned much from the class. I reminded her that her Yosemite paper began with the simple, cryptic words, “The Dome! The Dome! The Dome!” The class erupted with laughter, followed with a few tears. After what they had been through together, the words conjured up visions and memories that would last a lifetime. She continued with a paper that would have made John Muir proud. She also proved his aphorism, “One day in the wilderness is worth cartloads of books.”

Both Bill’s class and Christine and Nan’s class got to sleep on top of Half Dome. If Muir was correct, they have a library of memories that contributed to their lives. It was no small miracle that I was allowed the privilege of laughing, loving and learning with all three of them.