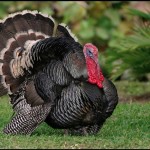 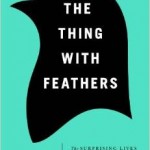 The Thing With Feathers: Noah Strycker

Whether he can trace his genetic lineage back to a Biblical ancestor or because of his masterful acquisition of ornithological knowledge, Noah Strycker is superbly qualified to be the resident superintendent on the avian deck on a modern Noah’s Ark.

Rogue and retro are the two words that describe Stycker and therefore, “The Thing With Feathers.” Rogue because he is going where few modern biologists are willing to go; retro because he went back to the pre-renaissance, three dimensional thinking that preceded the “great schism” between science and spirituality. Post-renaissance biologists threw the baby out with the baptismal water, eschewing all ideas about spirituality as irrelevant at best and dangerously counter-productive at worst.

Strycker ignores ivory-towered elitists and practitioners of scientism by boldly including anecdotes, stories and wisdom about the physical, mental and spiritual qualities of birds and humans.

Most modern books include hyperbolic cover blurbs that often fail to reflect the book’s inner contents. However, the cover-claim that: “You have never read a book about birds like this before,” is patently true. There are many excellent books on birds currently available which TTWF will not replace; however, it will serve as an excellent complement to stand proudly on the bookshelves of bird-watchers and Nature lovers.

In the text, Strycker discusses:

A cockatoo that has better dance moves than many biologists.

Bower birds that have better artistic sense than many scientists.

Albatrosses that mate for life and are more faithful than 50% of the married couples in the US.

In a stroke of genius Strycker reveals that compared to universal knowledge, it is myopic biologists who have “bird-brains” and that birds are animals of extreme perfection that biologists are only beginning to understand.