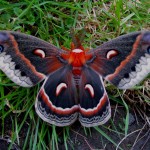 Annie Dillard mused; “The question from agnosticism is; who turned on the lights?”  John Muir answered; “faith is a baptism of light.”

Annie Dillard is one of my favorite naturalist/writer. She published Pilgrim At Tinker Creek in 1974 and it became a Pulitzer Award winner. Considered by Edward Abbey as the “true heir apparent” to Henry Thoreau’s throne of nature writing and transcendentalism, she easily interrelates ecology and spirituality. I think I read PATC in 1976 and was intrigued that she made references, not only to Jesus Christ and the Bible, but also to Judaism, Buddhism, Sufism, and Inuit spirituality. I naively assumed that if she could do this, then why not me? Following her cue in a public high school, however, proved to be explosively controversial and led to the “Fire Storm” of 1978 (described in chapter 3, Biodesign Out For A Walk).

I am probably considered (by some) sexist or gender-biased when I suggest that she writes from a female perspective. One of the great mysteries of human dimorphism is that females experience, think, know and feel things that males do not and visa-versa. Many of the great joys and frustrations of being married are experienced as these differences are discovered, resolved and thus celebrated. Recent discoveries in differences between the anatomy and physiology of female and male brains indicate that they are similar, but quite different organs. In her book, Natural History of Love, Diane Ackerman describes critically important differences in male and female brains, which are essential for human survival. “The Male Brain” and “Female Brain,” by Dr. Louann Brizendine further corroborate this premise.

Dillard had an intense “one touch of nature” experience when she was a young girl attending an elementary school. As I was writing this, I thought it involved either a Cecropia or Prometheus moth. Going back to the source, however, I discovered it was actually a Polyphemus moth. The mistake was understandable because all three species include moths with 5-6 inch wingspans. It wasn’t the species that was important, but the wingspan. 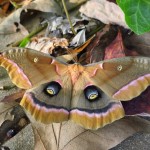 Typically for elementary kids, one of her classmates brought in a moth cocoon, attached to a small branch to school. The teacher put the branch into a small Mason jar and went on with the day’s lessons. After the appropriate time lapse, the adult moth began to emerge. Dillard described the event:

“The Mason jar sat on the teacher’s desk; the big moth emerged inside it. The moth had clawed a hole in its hot cocoon and crawled out, as if agonizingly, over the course of an hour, one leg at a time; we children watched around the desk, transfixed. After it emerged, the wet, mashed thing turned around walking on the green jar’s bottom, then painstakingly climbed the twig with which the jar was furnished.

There, at the twig’s top, the moth shook its sodden clumps of wings. When it spread those wings—those beautiful wings—blood would fill their veins, and the birth fluids on the wings’ frail sheets would harden to make them tough as sails. But the moth could not spread its wide wings at all; the jar was too small. The wings could not fill, so they hardened while they were still crumpled from the cocoon. A smaller moth could have spread its wings to their utmost in that Mason jar, but the Polyphemus moth was big. Its gold furred body was almost as big as a mouse. Its brown, yellow, pink, and blue wings would have extended six inches from tip to tip, if there had been no mason jar. It would have been big as a wren.”

Not knowing what to do, the teacher led the young students out to the school driveway and bounced the moth onto the pavement. The horrible image of the moth, walking on legs that were not meant for walking, carrying crumpled wings incapable of flying, was etched in Annie’s brain as vividly as acid etches an image in glass. 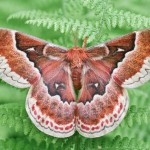 I was profoundly moved by reading the story and had no idea that it would later become a powerful metaphor for the Biodesign Class. However, unlike the moth, the story had redemptive qualities in the class. Frequently, students, who had spirit-crippling experiences, discovered natural revelations that enabled them to “fly.” Whether on top of Yosemite’s Half Dome, somewhere in Grand Canyon or along the Mendocino Coast, it was almost automatic that students saw visions, marvels, even small miracles that liberated them from their “Mason jars.” It should not have been surprising because John Muir, Henry Thoreau, and Annie Dillard had prepared them for their transcendental flight.

“In God’s wildness lies the hope of the world – the great fresh unblighted, unredeemed wilderness. The galling harness of civilization drops off, and wounds heal ere we are aware.”  – John of the Mountains

It is with deep sorrow that I fear that Dillard’s tragic story has become a metaphor for our public schools in the US. Secular humanism, scientism and political correctness are providing a silent, but deadly storm, sanitizing all references to spirituality in our schools. It is more than likely that students will go from kindergarten to grad school without hearing or discussing the importance of spiritual awakenings.

Tragically, paraphrasing John Denver, fewer and fewer students will have the opportunity to discover and share: “Poems and Prayers and Promises and things that they believe in.” The naturalist philosophy of Muir, Thoreau, Emerson etal, has been marginalized and regarded as irrelevant, obsolete or intellectually regressive.

In my mind’s eye, I see millions of students, trudging home from school each day with over-sized backpacks and paralyzed spiritual wings, plodding toward a future, soulless nation.