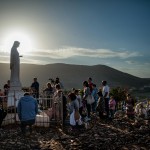 Excerpt: Biodesign Out For A Walk, chap. 2, Looking For A Map.

“The Smithsonian Institute and National Geographic Society were selected as curriculum models of study because of their goals of integrating the activities of plants, animals, and humans. Thus, plants, animals, and man became the first of many triads that would be considered.”

The reason that National Geographic and Smithsonian Magazines were so appropriate to the emerging Biodesign Class was because they were not subject to the Constitutional laws of separating Church and State in public education. They were also not blinded by the “politically correct,” humanistic bias of ignoring all examples of mystery, wonder and spirituality that cannot be explained by science.

Modern biology (bio=life, logos=study) is a vast area with many subdivisions. All were open to our studies, including physical and cultural anthropology. Physical anthropology primarily focuses on the origin and evolution of mankind, while cultural anthropology probes tribal socio-cultural, ethnic, spirituality and survival skills. These topics can all be discussed in a public high school without teaching about any specific religious beliefs.

The Geographic article on Mary is a perfect example. The editors presented Mary as a spiritual guide for billions of Christians (and also some non-Christians). Intriguingly, she is mentioned 34 times in the Islamic Holy Book, the Quran, which is more than she is mentioned in the Holy Bible. In addition to her Biblical connection with Jesus, the Quran supports the traditional historical contention that she was his mother and therefore considered one of the most righteous women in Islam.

Whether Mary is “the most powerful woman in the world” may be debatable, however, what is not debatable is that she is the most important female in the Christmas Story and thus the most noteworthy woman to have lived on Earth. There are 1000s of shrines or sacred places created in her honor. Over 2,000 people claim to have seen apparitions of her and numerous people claim to have had conversations with her. She has been honored by billions (?) of statues, statuettes, icons, paintings, mosaics and stained glass images. Each year, 1 million people, from diverse faiths, ethnicities and nationalities visit the statue of Mary at Medjugorje, Bosnia/ Herzegovina.

Many years ago, I learned that there are countless Christian shrines erected on the vast trail network of the European Alps. Shortly after that discovery, I received a postcard from an ex-student featuring one of these shrines. The message was poignant, terse and soulful.

“Hi, Mr. Young: I was hiking high up in the French Alps when I came to this shrine. There was a bench, stone marker and rustic cross. As I was resting, the beauty of the alpine scenery suddenly overwhelmed me.  And then, I was shocked by a mysterious epiphany; the whole year of Biodesign made sense! Hugs, “K.”

I have no explanation for what happened to “K,” but I think that most people would describe it as a miracle.

This harkens back to Loren Eiseley, one of the preeminent anthropologists of the 20th century. In his splendid book, The Immense Journey, he wrote:

“The reader who would pursue such a journey with me is warned that the essays in this book have not been brought together as a guide, but are offered rather as a somewhat unconventional record of the prowlings of one mind which has sought to explore, to understand, and enjoy the miracles of this world, both in and out of science.”

As a highly learned anthropologist, Eiseley was well aware of countless “miracles” like the one that “K” experienced. Furthermore, when he described himself as, “pressing his hands against the confining walls of the scientific method,” he conceded that many of these mysteries are beyond the grasp of scientists.

As evidence of this, he wrote elsewhere:

“…whether we speak of a God come down to earth or a man inspired toward God and betrayed upon a cross, the dream was great, and shook the world like a storm. I believe in Christ in every man who dies to contribute to a life beyond his life. I believe in Christ in all who defend the individual from the iron boot of the extending collective state…”

Although I understand the Geographic editor’s noble intentions of their feature article on Mary, I doubt that if she were living she would consider herself as the “Most Powerful Woman in the World.” Still, she seemed to be well aware of the fact that she had been singled out as utterly unique to human history.

“My soul magnifies the Lord,
47 and my spirit rejoices in God my Savior,
48 for he has looked on the humble estate of his servant.
For behold, from now on all generations will call me blessed;
49 for he who is mighty has done great things for me,
and holy is his name.”

Wishing you a Merry Christmas.