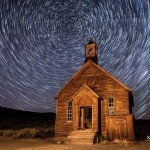 “Down how many roads among he stars must propel himself in search of the final secret? The journey is difficult, immense, at times impossible, yet that will not deter some of us from attempting it.” – Loren Eiseley

At 5,270 ft. elevation, Mt Katahdin (Maine) is not usually considered a challenging hike. Even so, Henry Thoreau had a terrifying encounter with himself.

“I stand in awe of my body, this matter to which I am bound has become so strange to me. I fear not spirits, ghosts, of which I am one, — that my body might, — but I fear bodies, I tremble to meet them. What is this Titan that has possession of me? Talk of mysteries! — Think of our life in nature, — daily to be shown matter, to come in contact with it, — rocks, trees, wind on our cheeks! The solid earth! the actual world! the common sense! Contact! Contact! Who are we? where are we?”

So, we don’t know where we came from, where we are in the universe, or where we are headed, which sounds like a perfect definition of “wilderness.”

Scientists have decided that the Earth belongs to the spiraling Milky Way Galaxy, which contains an estimated 100 billion stars. The galaxy is drifting through mostly “nothing.” The Earth also belongs to a solar system that is drifting through the Milky Way Galaxy. The Earth orbits around the Sun at 67,000 miles per hour; it has a rotational velocity at the equator of 1,040 miles per hour and the rotational velocity at the poles is 1 per day. The size and mass of the Earth determines our atmosphere and the size and distance of the Moon between Earth and Sun affects tides and seasons. All of this means that life on Earth is nothing less than the result of a myriad of miracles against unfathomable odds.

It also means that the entire universe, outside of the Earth’s atmosphere, appears to be incompatible with life as we understand it. This does not mean, however, that there are not “beings,” powers or energy manifestations that could be millions of years ahead of our knowledge and technology. In fact, it is ludicrous for us to think that we are anything more than “Stone Age” creatures in the universal community. Two tragic examples of this are how we treat our environment and how we treat our fellow man.

When our first-born was two years old, we had a nightly ritual. After dinner, her mother bathed, dried, powdered her and put into her “sleeper.” Then she would run to the living room, launch her little body into my arms and with great enthusiasm say, “Show me the stars, Daddy.” We lived in a semi-rural area where urban lights did not reduce the stars’ brilliance. We would stand for a few seconds rapt in awe and adoration. Without exception, her little face would radiate joy as she intuitively absorbed the beauty and mystery of the universe. And then she would giggle and say; “Let’s sing “Twinkle Twinkle Little Star.”I was very young then, and would later experience many wonders, even natural miracles, however, those nightly encounters with my daughter and the unfathomable cosmos, eventually came to rank among the most sacred events in my life.

Thoreau spoke of “contact” and, if only for a few precious moments, we were in contact with both Creator and creation.