We are experiencing an exciting upsurge of readers from around the world. We reckon that some have missed some of our favorite blogs ergo, we will revise and repost a few of them. Thanks for supporting Biodesign Out For A Walk. LY 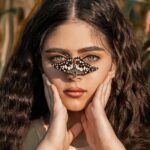 Never before in human history has there been such a wealth of knowledge that has allowed man to contemplate the great panoply of mysteries and miracles including, the origin of The Universe—Life—Human Spirituality. Anthropologists suggest that the first faint stirrings of human spirituality began about 100,000 years ago. Perhaps this is why anthropologist Loren Eiseley wrote in The Immense Journey:

Eiseley is tacitly alluding to the origin of human values, consciousness and free will and not so tacitly suggesting that modern men (including scientists) still have very little understanding of their origin. He leaves us with two tantalizing mysteries.

When was the “light” turned on in human beings?
Who were the first humans with a soul? 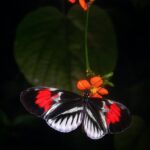 Is it not logical to assume that, before the emergence of consciousness, our ancestors were totally controlled by instinctive behavior? The mere fact that millions of life forms have succeeded for approximately four billion years by instinctive behavior suggests that there was no need for consciousness or self-awareness. In other words, there was no need for modern man to evolve.

If people are unable to fully appreciate the changes every butterfly must go through, perhaps it is because they simply cannot fathom the billions of cellular/molecular modifications involved. They are not alone. Anthropologists are at a loss to explain the symbolic (and spiritual) importance of the Eden story and trained entomologists are basically clueless about the instinctive biochemical process of butterfly metamorphosis. 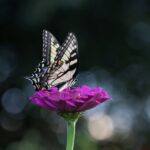 In simple terms, after the moth spins a cocoon or the butterfly secrets a chrysalis, the larvae dissolve themselves into a cellular/molecular “soup.” All of the larval structures are dismantled and molecule-by-molecule reassembled into a moth or butterfly. This means that even the larval brain dissolves and is reconfigured into a totally different creation with radically different functions including directing the miracle of flight.

As a biological process this may be extraordinary, but it does not threaten us. However, when metamorphosis is used as a metaphor for spiritual growth, it can become terrifying and reason enough to not welcome the changes necessary to achieve a higher awareness.

It should not surprise us to note that the words metamorphosis and metaphor are similar. Metamorphosis= ‘transform, change shape,’ and metaphor= transfer the meaning of a word into a figure of speech. When people feel internal “butterflies” it is highly likely that they are experiencing spiritual stirrings involving love or fear. 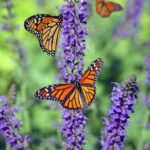 This is fascinating because human childbirth just may be the closest example of metamorphosis, whereby each infant leaves a “saline marine ecosystem” and becomes an air-breathing land mammal. From the infant’s perspective the ordeal of birth must be traumatic and may explain why many newborns scream in protest.

Little wonder it is called, “The Miracle of Life,” and why females all over the world (regardless of race, religion or ethnicity) often share an innate awareness of human spirituality that is associated with motherhood.

Intriguingly, R.W. Emerson (1803), Henry Thoreau (1817), and John Muir (1838) were born within 35 years of each other. They all became literary giants who championed the emergent spiritual philosophy of Human Transcendence. In an interesting paradox, transcendentalism proposes that in order to become fully human, people must “transcend” their physical and mental limitations in order to be “reborn;” metamorphosis! 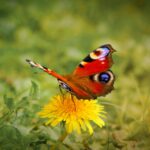 Either that, or perhaps they can take a cue from Maya Angelou’s metaphorical butterflies and muster up the courage to become “spiritual soup” and embrace the changes that they must undergo to become more sensitive and enlightened beings.