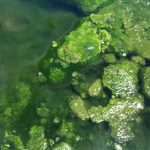 The two quintessential decisions that led to the birth of the Biodesign Class at St. Helena High School were adopting John Muir as our primary mentor and planning a six-day trip to Yosemite N.P. to explore what he was writing about. In preparation for each trip we pondered The Wilderness World Of John Muir (edited by Edwin Teale). In his introduction, Teal noted that although Muir belonged to no organized religion, he was deeply religious and boldly credited God for creating Earth and the universe. Furthermore, he wrote: “He was by turn a scientist, a poet, a mystic, a philosopher, a humorist. Because he saw everything, mountains and streams and landscapes, as evolving, unfinished, in the process of creation, there is a pervading sense of vitality in all he wrote.”

The two operative words were “evolving” and “creation.” Although beautifully written, Teale presented me with the dilemma of how to introduce public high school students to Muir’s philosophy without violating the spirit of the law separating church and state. The emerging class embraced the freedom to discuss all things biological, which included a thoughtful, unbiased, approach to the great evolution debate.

In a wonderfully ironic twist, a partial solution to our dilemma came from ancient China. The Chinese yin-yang philosophy describes how seemingly opposite or contrary forces may actually be complementary, interconnected, and interdependent in the natural world, and how they may give rise to each other as they interrelate to one another. Yin-yang philosophy can be applied to the great debate of creationism vs. Darwin’s theory of evolution. The Universe, including all forms of life, is in a constant process of evolving, yet everything that evolves had to be created.

Although most students grasped the yin-yang concept, understandably, many had difficulty visualizing any possible physical—spiritual interaction. Most were not satisfied with the current scientific explanation of evolution being the result of random chance and competition. In a perfectly timed synchronicity, while one class was pondering the Muir—Darwin dichotomy, S.F. Chronicle legendary columnist, Art Hoppe, wrote the following column.

Excerpt: Biodesign Out For A Walk, Chap. 11, Matthew. The Landlord’s Slime.

The Landlord, humming to himself, is craning forward to hang a mediocre-sized galaxy of a hundred billion suns on the far edge of the cosmos. His business agent, Mr. Gabriel, enters, golden trumpet in hand.

Gabriel: Excuse me, sir. A noisy debate’s broken out on that planet Earth. The tenants are fighting over how the place was made.

Landlord: (frowning) Earth? Let’s see … Is that the one I patched together out of drifting stardust, rainbow wisps, and a few million snatches of birdsong?

Landlord: Good me! After a couple of zillion, it’s hard to recall exactly how …

What do the tenants say?

Gabriel: Well, the fundamentalists say that you created the whole shebang in six days with sort of a wave of your hand.

Landlord: (nodding) Yes, yes, I could have done it that way.

Gabriel: But the scientists claim that it evolved over 4 billion years.

Gabriel: That’s easy for you to say, sir; you’re not in a hurry. But to their finite little minds, it’s an eternity.

Landlord: How do the scientists think life began?

Gabriel: The scientists say it could have started when some free- floating chemicals, perhaps in a tide pool, were zapped by a bolt of lightning.

Gabriel: This created microscopic one-celled life-forms, which soon evolved into a thimbleful of green slime. Really, sir, why would you create green slime? It sounds sacrilegious.

Gabriel: Yes, sir. Anyway, you apparently told the green slime to go forth and multiply.

Landlord: “Go forth and multiply, green slime!” I like the ring to that.

Gabriel: Well, it certainly did multiply. According to the scientists, it multiplied into paramecia and sea worms and oysters and fish and great whales.

Gabriel: And at long last, the scientists say, the fish crawled up on the land to become the fowl of the air and the beasts of the field.

Landlord: (thoughtfully) Perhaps I should have stopped there.

Gabriel: … in the end became man.

Landlord: What a lovely, lovely story, Gabriel. When I think of all the fish of the sea, the beasts of the land, the fowl of the air in all their shapes so singular and strange, in all their myriad colors, dappled and striped and iridescent, swimming and slithering and soaring … All this emerging from a thimbleful of green slime! I … What was that argument about again, Gabriel?

Gabriel: Basically, sir, it’s over whether children in school should be taught to believe in cold, scientific facts or you—ordained miracles.

Landlord: I know that, Gabriel (frowning), but what’s the difference?

Hoppe’s column was a brilliant allegory, which arrived at a perfect time. He not only used satire to illuminate the absurdity of the debate, but his “Landlord” aligned with Muir’s philosophy. I firmly believe that the column should be shared with every high school and university biology student.