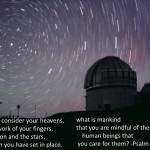 Although today is the Summer Solstice (the longest day of the year in the northern hemisphere) we have already lost 2 minutes of daylight in the morning and in about two weeks the Earth will begin its tilting process that will lead to the autumnal equinox in September.

For 1000s of years, people have used the stars as guides for physical, mental and spiritual direction. In terms of oceanic and land travel, this guidance can be a matter of life and death. Proper attention to seasonal changes could also be a matter of survival. However some observations may be more playful as in the case of tonight’s Strawberry Moon. “Strawberry Moon” is the title some Native Americans have used for the full moon that occurs in June, which marks the beginning of strawberry season.

Although physical survival is of paramount importance, for thousands of years people have been aware of the importance of religious and or spiritual traditions for personal and community survival. Although the terms religion and spirituality may not be interchangeable, I find it intriguing that the origin of the word “religion” is biological. The word derives from the Latin, “re-ligare.” Literally, this means to re-apply ligaments to hold your spiritual life together. There are countless ways of doing this, however naturalists like Muir, Thoreau, Emerson, etal recommended “going for a walk” into Nature for “recreation” or perhaps a “religious,” or “born again” experience.

Although John Muir knew all of the Old Testament (and Psalms by heart) he kept a tattered pocket-version of the New Testament (with the Psalms) with him on all of his adventures.
In “The Wilderness World of John Muir,” Edwin Way Teale wrote:

“Repelled by the harsh fanaticism of his father’s religion, John Muir belonged to no church. He gave freely when solicited by Protestant and Catholic alike. But he affiliated himself with no formal creed. Yet he was intensely religious. The forests and the mountains formed his temple. His approach to all nature was worshipful. He saw everything evolving yet everything the direct handiwork of God. There was a spiritual and religious exaltation in his experiences with nature. And he came down from the mountains like some bearded prophet to preach the beauty and healing he had found in his natural temple where he worshiped. He spoke with the fire of the old Covenanters. This religious fervor and spiritual intensity in Muir’s response to nature contributed much to the power of his pleading for the cause of conservation. He never based his arguments on economic considerations alone. He always appealed to men on a high moral plane. I know of no other writer, with the exception of Henry Thoreau, who had so pure and lofty vision of man’s ultimate relationship to nature.”

The summer solstice just may be a perfect time to pause, look up at the stars (or the Strawberry Moon) and be grateful for our physical, mental and spiritual seasons.