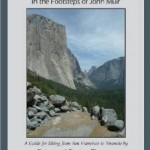 When John Muir wrote: “The great poets, philosophers, prophets, able men whose thoughts and deeds have moved the world, have come down from the mountains…” he was too humble to imagine that he would become a great poet, philosopher and prophet whose thoughts and deeds moved the world. He was, however, keenly aware of the spiritual trails that Moses and Jesus blazed and he was ready, willing and able to blaze his own trails. However, he had no way of knowing that on March 28, 1868, at age 29, his walk from San Francisco to Yosemite Valley would drastically alter his life and influence the course of Western Civilization.Two of his great “deeds” were founding The Sierra Club and being considered the “Father” of the US National Park System. Currently there are over 400 US Parks, monuments, reserves and wilderness areas that host over 71 million annual visitors.Perhaps, however, his greatest achievement has been to encourage his millions of followers to use the wilderness as a means of exploring the physical, mental and spiritual dynamics of their personhood. Muir experienced a “born again” moment on his first visit to Yosemite and thereafter his mantra was; “Everybody needs beauty as well as bread, places to play in and pray in, where Nature may heal and cheer and give strength to body and soul.”

Peter and Donna Thomas were inspired to embark on an extraordinary, 4-part journey, retracing the footsteps of Muir on his legendary walk from San Francisco to Yosemite Valley.

1) They began with exhaustive research about Muir, his walk and related circumstances.
2) After careful preparation, they actually began their walk at the intersection of Davis St. and Broadway in San Francisco and ended at Yosemite Valley. Along the way they took copious notes about the flora, fauna and historical landmarks as well as noting the current human factors that require necessary detours and trail modifications.
3) Then they thoughtfully and meticulously co-authored, Muir Ramble Route, featuring Peter’s carefully written text along with Donna’s creative drawings and maps. The book is a wonderfully insightful blend of Muir’s walk, nature study and a trail guide for any who may want to follow Muir’ original walk.
4) And finally, they have proposed establishing a designated MRR trail, which would encourage others to make the 300-mile trek. This will require the cooperation of cities, counties, state and private property owners to allow access and minimal camping (or lodging) facilities approximately every 10 miles.

Muir Ramble Route is superbly written and belongs on the bookshelf of John Muir lovers and lovers of the great outdoors.

Note:    This review has been greatly influenced by the fact that, for 24 years, I taught a high school advanced biology class that featured John Muir and the wilderness ethic. Each year, The Class had the privilege of spending one week in the Yosemite backcountry, one week at Grand Canyon and one week studying the biology of California’s north coast.