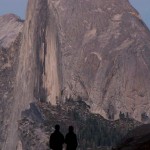 Excerpt: BOFAW. “I suggested that believing in God was like catching poison oak; some people do and some don’t and no amount of word-making will likely change that.”

Muir was considered an “uneducated tramp,” by some and an “ignoramus” by Calif. State geologist Josiah Whitney. His vision of saving vast wilderness areas as “parklands” for future visitors was often described as lunacy.

Thoreau was often considered a lazy misfit/ recluse who only survived because of Mrs. Emerson’s cooking.

Emerson’s religious views were often considered radical at the time. He believed that all things are connected to God and, therefore, all things are divine. However, even though he regarded Jesus as a “great man,” he did not regard him as the son of God. Although his lectures on the “transcendent power of nature” were popular, he had large groups of critics who labeled him as an atheist.

In the beginning of the Biodesign experience, I did not realize that, by using these authors, I would be subject to many of the same criticisms that they were. In the introduction to Biodesign Out For A Walk, Linda Williamson described an aura of mystery surrounding room 103 at St. Helena High School. Although I was aware of it at times, I was also aware of storm clouds that were never far away. Just like my mentor’s critics, I had critics (even enemies) who were convinced that the class was really a philosophy or religion class, offered as Advanced Biology.

Because of the scope and depth of Biodesign, it is nearly impossible to select a signature piece of writing that encapsulates the essence of The Class. However, Michaels’ poem comes as close as possible.

“May you always be inspired …

To stand tall in the sunlight,
to seek out the bright face of Beauty,
To reach for the Dream, the Star,
to see the World through eyes of tenderness,
To love with open-heartedness,
To speak the quiet word of comforting,
to look up the mountain and not be afraid to climb,
To be aware of the needs of others,
to believe in the wonder of life,
the miracle of creation,
the rapture of love,
The beauty of the universe,
The dignity of the human being.”
Michaels
The poem was not only one of the most important goals of the class, it was a beautiful summation of the works of Muir, Thoreau, Emerson and Eiseley. If my critics regard it as“religious” then I humbly stand guilty as charged.