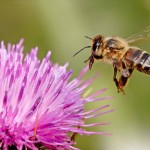 The quintessential zoological mystery is what do animals (including man) know and how do they acquire their knowledge? Are we utterly “alone in the universe” as Carl Sagan suggested, or are we somehow connected to universal intelligence? The overly simplified, and thus incomplete, response is that knowledge is either learned or instinctive. However, in Benjamin Hoff’s powerful little book, “The Tao of Pooh,” he properly states that instinct is just another word for something we don’t understand. Scientists have made great gains in understanding the structural basis for genetics, however, they still essentially have no clue as to how behavior can be pre-programmed into DNA. This “program” enables a bee or mouse or elephant to be born, grow, and respond to the millions of challenges and decisions that must be made in order to survive.

Ironically, the explosion of knowledge in computer technology should cause scientists to be more humble and more amazed about the process of instinctive behavior.  After all, they clearly understand that computers will do nothing without some form of programming.

The reality, however, can be quite the opposite. Biologists, physicists and computer scientists, often intoxicated by their success, entertain foolish ideas that they are the smartest beings in the universe and the “secret of life” will soon be unlocked. Evidently they do not agree with the eminent German biologist, Karl Ludwig von Bertalanffy, who wrote, “the physio-chemical organization of the simplest cell is far beyond our capacity.”

Wendell Berry writes passionately about the virtues of rural living, in general and living on a farm in particular. He describes a connectiveness to life and nature (perhaps God) that is lost in teeming urban settings.

Growing up on a farm meant that I was responsible for doing my share of work. At one time, my dad farmed 100 acres of tomatoes and I helped him with all phases of the process. One of the major tasks was irrigating the vines.  At the age of 15, I had not discovered Wendell Berry, but experienced an event that he would have celebrated.

Irrigating the tomato vines involved laying out lengths of 4-inch aluminum pipe (with sprinklers) the full length of the field. The pump was turned on for 12 hours and then the pipes had to be moved over to the next setting. I owned the smallest Harley Davidson motorcycle (Harley Hummer) which I used in the process.

This process worked well many times until one fateful day. I had moved the pipe and was zipping back to the pump on my Hummer. Suddenly, I felt a sharp sting on my left ear. I swatted at it furiously, then scraped off a honey bee, leaving her stinger pumping venom into my earlobe. Instantly, a second bee stung me on the right ear. I had seen cartoons like this and glanced back over my shoulder and saw a black, angry swarm of bees in hot pursuit. I had also seen a Steve McQueen movie where he did some amazing stunts on his motorcycle. For better or worse, I decided to emulate him.Jamming both feet down on the foot-pegs and pressing my hands down on the handle bars, I was able to leap off of the moving motorcycle. Landing on my feet, I raced to a mud puddle that was left by the previous night’s watering. Frantically, I slathered mud on my head, face and arms. Amazingly, I received no more stings. Instead, when I looked up, I saw that the Hummer had careened into the roadside ditch with the swarm of angry bees buzzing in a confused state above it.

Many years later, the first case of an attack by Africanized Killer bees was reported in southern Arizona. A gardener was using a gasoline-powered lawn mower and was fiercely attacked by the bees. Miraculously, even though he was stung nearly 300 times, he survived the assault. Since then, there have been numerous attacks, many of them seem to be provoked by gasoline-powered motors.

So, the overarching question is: What do honey bees know?

We know that they cooperate, communicate complex information, are highly social and can not live in isolation. They manufacture honey, “bee bread,” “royal jelly,” and wax that they use in complex architectural designs. However, there is so much more that we don’t know.

2. Compared to humans, what level of consciousness and free will do they possess?

3. Do they experience emotions like boredom, anger and fear?

4. Or, are they mindless automatons, totally controlled by pre-programmed genetics?

5. Are the workers aware that by stinging an enemy they are sacrificing their lives for the overall good of the hive?

6. Was it me or my Hummer that provoked the mass-attack?

I have no answers for any of the above and consider myself lucky to have had such a profound nature lesson at the expense of two bee stings.

Lowell H. Young: Author, Biodesign Out For A Walk