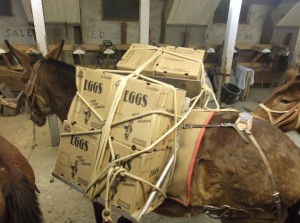 The Sound of Silence

Inspired by a photo from Jane berg.

A boot that I had not heard squeak suddenly sounded like a loud stair squeak. A

squeaky clevis pin on my backpack sounded like a rusty gate opening.

The blood rushing through my ears became audible and a little

spooky. This happened when no air moved, no insect buzzed, no

bird chirped; it was the silence of death. Ironically, as in many close

Grand Canyon has so many amazing gifts that it is impossible begin to identify or comprehend them. I suspect, however, that 99% of the visitors are missing out on one of the greatest, the gift of silence. In this case, you truly have to go there to know there. There is something mysterious, ephemeral, and maybe a little spooky about dropping below The Canyon Rim and leaving all the noise and clutter of society above. Each year, several million tourists drive to The South Rim, look over the edge, buy a hamburger, ‘T” shirt or coffee mug and head for Las Vegas. Out of over 4 million visitors, only a few thousand people hike down into The Canyon and fewer make it to Phantom Ranch. Taking the mule ride down can be exciting, hiking with a partner or friends can be a great experience, however, only by hiking alone can you experience moments of a vacuum-like silence. The experience is unique to each person but can be cathartic, scary, thrilling or include a spiritual epiphany.

In Barbara Moritsch’s, “The Soul Of Yosemite,” she properly documents the problems of “loving Yosemite to death.” Grand Canyon NP has had its own struggles, but has made some wonderful improvements. People began to flock to The Canyon in the 1950s and ‘60s. All of the typical concessions of hotels, restaurants, gift shops etc. expanded with the increasing tourist dollars. However, Grand Canyon incurred a problem that was nearly unknown in all the other Parks “AIR PLANES!” Big planes, small planes, fixed wing and helicopters assaulted the Park like huge roaring locusts. Commercial airlines planned flight lanes over The Canyon as an advertising ploy. Dozens of daily sight-seeing flights, originating from Phoenix, Flagstaff and Las Vegas began landing at the small Grand Canyon Airport. Many of them flew over, or even down into, sections of The Canyon. Perhaps, because of their aerobatic ability, the most insidious planes were the squadrons of helicopters that took thrill seeking tourists down into the Canyon, close to the steep walls, sometimes mere feet above the Colorado River. Over a period of several years, the great gift of silence was shattered. Hikers who enjoyed solitude and sacredness of peace and quiet were insulted with dozens of daily intrusions. After years of being “deaf” to both noise and hiker complaints, the NPS began an aggressive program of noise abatement. Commercial air carriers were required to avoid the air space over The Canyon. Tourist flights from Phoenix, Flagstaff and Las Vegas were routed away from The Canyon and required to fly directly to Grand Canyon Airport, seven miles from the rim. Even the NPS took a proactive role and reduced “casual” helicopter flights from Headquarters to Phantom Ranch. Currently, Park Service flights are restricted to emergency use or cases where the use of mules is deemed unsafe or grossly impractical. The result has been a huge reduction of airplane-generated noise. The photo that Jane Berg provided offers a snapshot of part of the Park Service commitment to noise reduction. It would be much easier, and more efficient to supply Phantom Ranch with helicopter service; it would also destroy one of the greatest experiences of hiking in Grand Canyon. The last five or six Biodesign Classes experienced the return of silence to The Canyon. Typically, I let the students hike out ahead of me while I enjoyed the quiet mysteries and solitude. If Christie was along, there were great spaces between our words. Typically, there was also a rude foreboding of our return to “civilization.” Somewhere, at or nearby, Indian Gardens, we would hear the distant, muted wail of the Grand Canyon R-R steam engine approaching the station. Some students later described the wail as nostalgic. As for us, it was a sad warning that we were about to leave one of the most amazing places on Earth and return to the noise, clatter, fumes of tour buses and what confused minds regard as reality.