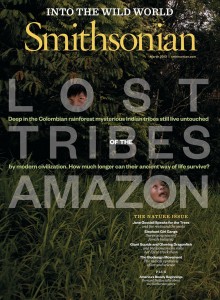 The Biodesign program had been growing for several years before I discovered Carl Jung’s term synchronicity; “simultaneously occurring events with no known cause.” Using his definition, the universe is one grand synchronicity; an event with no known cause. I had experienced many, probably several on each trip, but blew them off with, “so what were the odds of that happening?”

I later discovered Jung’s opinion, “we must not assume or presume that the human experience can be explained in only material terms. Jung’s ideas of psychology included the importance of the role of spirituality in harmoniously developed humans.  Sigmund Freud, on the other hand, spent most of his life warning his readers about the perils of religiously induced neurosis. Referring to the above excerpt (but not gloating) close to Freud’s death, he began to recognize the poetry and promise in religion.  This is a profound mystery and led me to believe that believing in God is like catching poison oak; some people do and some don’t. Although Freud offered important insights into the emerging science of psychology, I found many of his ideas dour, gloomy and in conflict with ideas from Erich Fromm and Carl Jung.  I am grateful for Jung’s contribution that encouraged me to look for and celebrate thousands of synchronicities. They were always mysterious and usually added fun, humor, variety, spice and untold joy.

For the sake of brevity, I did not detail the evolution of the name of the class. After Lettie’s class indicated that there may be more important “fish to fry” than memorizing all the parts of a fetal pig, the wheels of synchronicity began to turn. The new class was experimental and so we named it Bio-X. We were not sure it would last more than one year. One of our first decisions was to adopt National Geographic and Smithsonian Magazines as curriculum guides. They were not subject to the laws of separation of church and state and could include articles on all aspects of life including spirituality. During that year students were asked to help with a name other than Advanced Biology, which suggested more memorization of minutiae. After the first Yosemite trip, one of the students described Yosemite as a huge biological kaleidoscope with an infinite array of changing shapes and colors. I had read a poem that described Nature as having an infinite array of designs. One of the students blurted out, “Why not call the class “Biological Design?”  “Or,” someone added, “shorten it to “Biodesign.”  The name stuck and although the students quickly understood our aims and goals, the class was never easy to explain to others.

This year marks the 40th anniversary since the class was named and when we received the latest issue of Smithsonian Magazine, I was delighted to see one of the feature articles titled, “The Biodesign Movement: The Radical Synthesis of Art and Science.”Carl Jung would have loved the synchronicity.