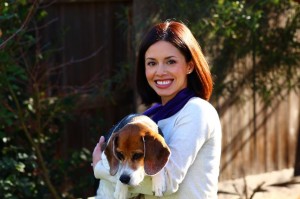 For better or worse, the tradition of exchanging gifts at Christmas time, is rooted in the Biblical account of the Magi presenting gifts of gold, frankincense and myrrh to the Christ child.  However, from a purely secular (or scientific) perspective, the story is a myth, parable or misguided fabrication that has no value in the modern intellect.  Therefore, without a spiritual component, the “social” value of gifts is measured by their monetary cost.  However, even many Christians, who know the story well, fail to grasp that the gold, frankincense and myrrh were merely earthly symbols acknowledging an event that the Magi regarded as supernatural.  The true gifts were the time, energy, stress, discomfort and danger that each of the “wise men” endured over the 2000-mile, round trip journey that each underwent.  There is a pre-Christian, African saying that captures this essence; “The walk is more important than the gift.”  Imagine walking from St. Helena Ca. to Salt Lake City, Ut. (and back) to present a gift to someone whom you have never met.

On a cold, rainy, December morning, I took my last morning cup of coffee upstairs to my computer to check for e-mail messages.  I was shocked to see a single, bold-face line: Maria: “I’ll be in St. Helena on Sat. Dec. 8.  Can we get together for coffee at Model Bakery? My spirit soared.

Saturday arrived and with a feeling of excited anticipation.  The reunion was that of two dear friends separated by 15 years of time and space.  The coffee for me and latte for her, along with scones, nearly became irrelevant between the bursts of laughter and a flurry of “catching up.”  She kept shaking her head and bubbled over with the joy of the mystery of the synchronicity that had reunited us.

Once settled, I began:  “Maria, you may recall that in June of ’97, I mentioned that I was not interested in your final exam.  Instead, I suggested that you come back in 15 or 20 years and tell me how your life has worked out.”  Her beautiful Latina eyes widened, her cheeks blushed rose, and she looked as if she were about to explode; which she did in an avalanche of words.

“I have done really, really well, but it has been really, really hard.  I went to UC Davis and majored in cellular/molecular biology which is one of the most difficult majors.  Many of my classes had 300 students [classes at SHHS rarely topped 25] and they were filled with pre-med, pre-dent, or pre DVM students.  The level of competition was extreme.  When I became lonely, or overwhelmed, I called home for support.  My parents thought they were doing the loving thing by saying, ‘Hija, quit, come home where you belong.’  They did not understand that it made matters worse and so I called less often.  Amazingly, I became the first member in my family to graduate from a university.  Even more amazingly, I was hired at Genentech in San Francisco.  As I sat in the orientation meeting, I could nod believe what was happening.  Maria, the little [100 lbs] Mexican girl from little St. Helena was sitting in a room with some of the greatest biological scientists of the world.  I soon became a biochemical engineer and was paid lots and lots of money.  I was single, living in a fantastic city, making lots of money but I became less and less happy.  I found the streets hectic, noisy and filled with people who were rushing around getting into one line after another.  I decided that there must be more to life than making lots of money.  So, I quit my job.”

As she spoke, a lump formed in my throat as I marveled at the courage and wisdom of this little power house that was sharing with me.  She continued, “I returned to UC Davis, took a huge pay cut and got a job doing research designed to help protect endangered animal species. I love my work!  Also, I got married three years a go and still feel like I am on my honeymoon.”

As she was speaking I sensed a mysterious aura surrounding her that reminded me of the body-halo that artists use to create religious icons.

Suddenly, I recalled that Mary, the mother of Jesus, played a “supernatural” role, without which the Christmas story could not have happened.  I guessed that she must be proud of her diminutive namesake.

As she concluded her story she extended her right hand.  As we shook hands, she looked at me as if she could look into my very soul and said, “Thank you.”

In a flash, the latent joy that we shared on top of Half Dome, the bottom of Grand Canyon and around the campfires at Mendocino, washed over me like a wonderful baptism.

The good-bye hug was precious with assurances that we should remain in touch.

I don’t know what she thought, but I do know that she was too humble to even think that she presented me with gifts that were more precious than gold, frankincense and myrrh; they were priceless.  How could I have guessed that a casual meeting at Model Bakery, with former student, would rekindle a spiritual fire and renew my sense of faith, hope and love, associated with the Christmas Season?